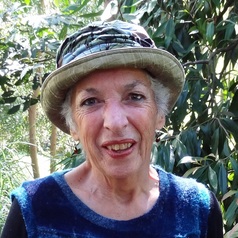 Deborah Bird Rose was an anthropologist whose scholarship in multi-species ethnography, kinship, extinctions, and the environmental humanities is unparalleled and hugely influential.  Born in the USA, Deb moved to Australia and initially worked with Aboriginal Australians in their claims to land and in other decolonising contexts.  Deb succumbed to cancer in December.  Her loss to Animal Studies and to her fellow Animal Studies academics is immeasurable.

Writing on extinctions and the environment, her words hold a special poignancy at this sad time in respect of her own life and work and the problems now facing the planet:

My research has led me to develop the concept of double death through which I explore some of the ways in which we become partisans with death rather than life. On the one hand, double death is a threshold process in which the work that promotes death starts to overwhelm the work that promotes life. On the other hand, double death presses us to take a stand: for life or for death. This choice is pressed upon us not because life and death are in themselves oppositional but because the work that amplifies death is destroying the capacity of life to twist death back into life. Increasingly, life is struggling or failing to hold death in balance; increasingly life is struggling to affirm and promote relationships that sustain life and death in their mutual integrity.

Species are rendered locally or everywhere extinct, billabongs and springs are emptied of water, and soils are turned into scald areas, and forests are clear-felled. Dust storms, major heat events, massive bushfires, desertification, and acid sulphate soils stalk the land. This violence produces vast expanses where life founders. It amplifies death not only by killing pieces of living systems, but by diminishing the capacity of living systems to repair themselves, to return death back into life. What can a living system do if huge parts of it are exterminated? Where are the thresholds beyond which death takes over from life? Are we not exceeding those thresholds violently and massively not only through direct destruction but also through all the indirect, amplifying unpredictabilities of climate change?

Deb was a member of the inaugural Minding Animals Academic Advisory Committee, and delivered the first Val Plumwood Memorial Lecture entitled Philosophical Animism at the first Minding Animals Conference in 2009.

Our thoughts go out to her loved ones at this time of sorrow.