Minding Animals International is proud to have six preeminent Patrons. They are:

John Maxwell Coetzee was born in Cape Town, South Africa, on 9 February 1940, the elder of two children. His mother was a primary school teacher. His father was trained as an attorney, but practiced as such only intermittently; during the years 1941–45 he served with the South African forces in North Africa and Italy. Though Coetzee’s parents were not of British descent, the language spoken at home was English.

Coetzee received his primary schooling in Cape Town and in the nearby town of Worcester. For his secondary education he attended a school in Cape Town run by a Catholic order, the Marist Brothers. He matriculated in 1956. Coetzee entered the University of Cape Town in 1957, and in 1960 and 1961 graduated successively with honours degrees in English and mathematics. He spent the years 1962–65 in England, working as a computer programmer while doing research for a thesis on the English novelist Ford Madox Ford.

In 1963 he married Philippa Jubber (1939–1991). They had two children, Nicolas (1966–1989) and Gisela (b. 1968). In 1965 Coetzee entered the graduate school of the University of Texas at Austin, and in 1968 graduated with a PhD in English, linguistics, and Germanic languages. His doctoral dissertation was on the early fiction of Samuel Beckett. For three years (1968–71), Coetzee was assistant professor of English at the State University of New York in Buffalo.  After an application for permanent residence in the United States was denied, he returned to South Africa. From 1972 until 2000 he held a series of positions at the University of Cape Town, the last of them as Distinguished Professor of Literature.

Between 1984 and 2003 he also taught frequently in the United States at the State University of New York, Johns Hopkins University, Harvard University, Stanford University, and the University of Chicago, where for six years he was a member of the Committee on Social Thought. He began writing fiction in 1969.  His first book, Dusklands, was published in South Africa in 1974. In the Heart of the Country (1977) won South Africa’s then principal literary award, the CNA Prize, and was published in Britain and the USA. Waiting for the Barbarians (1980) received international notice. His reputation was confirmed by Life & Times of Michael K (1983), which won Britain’s Booker Prize.  It was followed by Foe (1986), Age of Iron (1990), The Master of Petersburg (1994), and Disgrace (1999), which again won the Booker Prize.

Coetzee also wrote two fictionalized memoirs, Boyhood (1997) and Youth (2002). The Lives of Animals (1999) is a fictionalized lecture, later absorbed into Elizabeth Costello (2003).  White Writing (1988) is a set of essays on South African literature and culture. Doubling the Point (1992) consists of essays and interviews with David Attwell. Giving Offense (1996) is a study of literary censorship. Stranger Shores (2001) collects his later literary essays. Coetzee has also been active as a translator of Dutch and Afrikaans literature.

In 2002 he emigrated to Australia. He lives with his partner Dorothy Driver in Adelaide, South Australia, where he holds an honorary position at the University of Adelaide.

John is the recipient of the 2003 Nobel Prize in Literature. He has also been awarded the Order of Mapungubwe (gold class) by the South African government in 2005 for his “exceptional contribution in the field of literature and for putting South Africa on the world stage.” He became a Minding Animals Patron in 2010, and is also a Patron for Voicless.

Jill Robinson MBE, Dr.med.vet. h.c. has been a pioneer of animal welfare in Asia since 1985 and is widely recognised as the world’s leading expert on the cruel bear bile industry, having campaigned against it since 1993. In 1998, she founded Animals Asia, an organisation that is devoted to ending the barbaric practice of bear bile farming and improving the welfare of animals in China and Vietnam by promoting compassion and respect for all animals, and working to bring about long-term change. From starting Animals Asia out of her front room, Jill has built the organisation into a respected international NGO with over 300 staff, an annual turnover of more than US$9 million, award-winning bear sanctuaries in China and Vietnam (with over 700 rescued bears), headquarters in Hong Kong, and offices in Australia, China, Germany, Italy, the UK, US and Vietnam.

Among other awards, Jill has an honorary doctorate from the University of Zurich, is Asia World Animal Day Ambassador, Council Member World Federation of Chinese Medicine Societies Herbal Committee, and Member of the USA Society of Woman Geographers. In 1998, Jill was awarded an MBE by Queen Elizabeth, and in 2010 awarded “You Bring Charm to China” along with 12 prominent foreign people who have enriched life in China.

Peter Singer first became well-known internationally after the publication of Animal Liberation.  His other books include: Democracy and Disobedience; Practical Ethics; The Expanding Circle; Marx; Hegel; Animal Factories (with Jim Mason); The Reproduction Revolution (with Deane Wells), Should the Baby Live? (with Helga Kuhse), How Are We to Live?, Rethinking Life and Death, Ethics into Action, A Darwinian Left, One World, Pushing Time Away, The President of Good and Evil, How Ethical is Australia? (with Tom Gregg), The Way We Eat (with Jim Mason) and The Life You Can Save.  He also co-authored The Greens with Bob Brown, founder of the Australian Greens.  Books he has edited or co‑edited include Test‑Tube Babies; In Defence of Animals; Applied Ethics; Animal Rights and Human Obligations; Embryo Experimentation; A Companion to Ethics; The Great Ape Project, Ethics, A Companion to Bioethics, Bioethics, The Moral of the Story, In Defense of Animals: The Second Wave, Stem Cell Research, The Bioethics Reader and J. M. Coetzee and Ethics.  His works have appeared in more than 30 languages.  He is the author of the major article on Ethics in the current edition of the Encylopaedia Britannica.  Two collections of his writings have been published: Writings on an Ethical Life, which he edited, and Unsanctifying Human Life, edited by Helga Kuhse.  There are also two collections of critical essays about his work, which include his responses: Singer and His Critics, edited by Dale Jamieson, and Peter Singer Under Fire, edited by Jeffrey Schaler.  The latter includes a 75 page “Intellectual Autobiography.”

Peter Singer was the founding President of the International Association of Bioethics, and with Helga Kuhse, founding co-editor of the journal Bioethics.   Outside academic life, is the co-founder, and President, of The Great Ape Project, an international effort to obtain basic rights for chimpanzees, gorillas and orangutans.  He is also President of Animal Rights International.  Peter Singer is married, with three daughters.  His recreations, apart from reading and writing, include hiking and surfing.

Vivek Menon is a conservation biologist, environmental commentator, author and photographer with a passion for elephants. He is member of Project Elephant Steering Committee, the Committee to revamp the National Wildlife Action Plan, CITES Advisory Committee as well as the Central Zoo Authority. A Senior Advisor to the International Fund for Animal Welfare, he is also a member of the Species Survival Commission of the IUCN and on the International Jury of the Future for Nature Awards. He is the Founder, Trustee, Executive Director and CEO of the Wildlife Trust of India, our host for Minding Animals 3 in New Delhi.

Marc Bekoff is professor emeritus of Ecology and Evolutionary Biology at the University of Colorado, Boulder, and is a Fellow of the Animal Behavior Society and a past Guggenheim Fellow.  In 2000 he was awarded the Exemplar Award from the Animal Behavior Society for major long-term contributions to the field of animal behavior.  Marc is also an ambassador for Jane Goodall’s Roots & Shoots program, in which he works with students of all ages, senior citizens, and prisoners, and also is a member of the Ethics Committee of the Jane Goodall Institute.  He and Jane co-founded the organization Ethologists for the Ethical Treatment of Animals: Citizens for Responsible Animal Behavior Studies in 2000.  Marc is on the Board of Directors of The Fauna Sanctuary and The Cougar Fund and on the advisory board for Animal Defenders and Project Coyote. He has been part of the international program, Science and the Spiritual Quest II, and the American Association for the Advancement of Science (AAAS) program on Science, Ethics, and Religion.  Marc is also an honorary member of Animalisti Italiani and Fundacion Altarriba.  In 2006 Marc was named an honorary board member of Rational Animal and a patron of the Captive Animals’ Protection Society.  In 2009 he was named a member of the Scientific Expert Advisory Panel of Voiceless, The Animal Protection Institute and a faculty member of the Humane Society University, and in 2010 he was named to the advisory board of Living with Wolves and Greenvegans and the advisory council of the National Museum of Animals & Society.  In 2005 Marc was presented with The Bank One Faculty Community Service Award for the work he has done with children, senior citizens, and prisoners.  In 2009 he was presented with the St. Francis of Assisi Award by the Auckland (New Zealand) SPCA.  Marc also served on the Board of Directors for Minding Animals International for many years.

Marc’s main areas of research include animal behavior, cognitive ethology (the study of animal minds), behavioral ecology, and compassionate conservation, and he has also published extensively on human-animal interactions and animal protection.  He has published more than 1000 essays (popular, scientific, and book chapters) and 30 books including Species of Mind: The Philosophy and Biology of Cognitive Ethology (with Colin Allen); Nature’s Purposes: Analyses of Function and Design in Biology (edited with Colin Allen and George Lauder); Animal play: Evolutionary, Comparative, and Ecological Perspectives (edited with John Byers), Encyclopedia of Animal Rights and Animal Welfare, and of course Minding Animals: Awareness, Emotions, and Heart.

Marc’s latest books include Ignoring Nature No More: the Case for Compassionate Conservation, Rewilding Our Hearts: Building Pathways of Compassion and Coexistence, The Animals’ Agenda: Freedom, Compassion, and Coexistence in the Human Age (with Jessica Pierce), and Canine Confidential: Why Dogs Do What They Do.

A summary of Marc’s work can be found at: http://marcbekoff.com/ 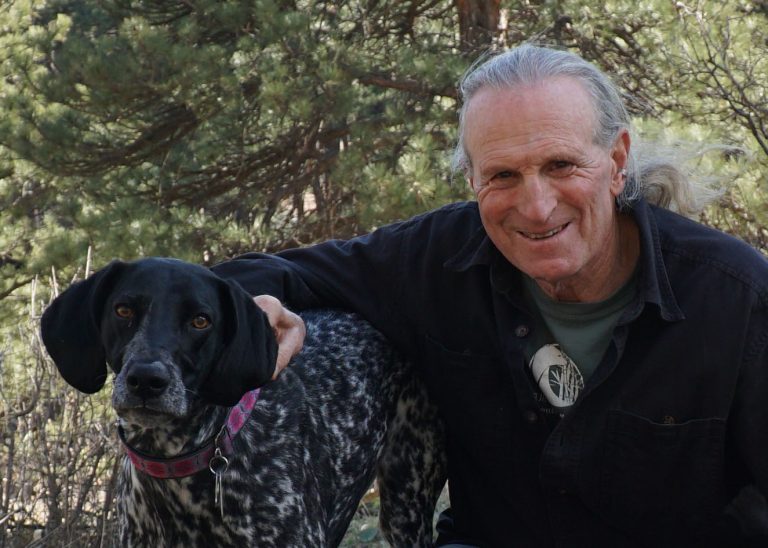 Dale Jamieson is Professor of Environmental Studies and Philosophy, Affiliated Professor of Law, and Director of the Animal Studies Initiative.  He is also Distinguished Visiting Professor at the Dickson Poon School of Law at King’s College, London, and Adjunct Professor at the University of the Sunshine Coast in Australia.  Formerly he was Henry R. Luce Professor in Human Dimensions of Global Change at Carleton College, and Professor of Philosophy at the University of Colorado, Boulder, where he was the only faculty member to have won both the Dean’s award for research in the social sciences and the Chancellor’s award for research in the humanities.  He has held visiting appointments at the National Center for Atmospheric Research, Cornell, Princeton, Stanford, Oregon, Arizona State University, and Monash University in Australia.

He is the author of Reason in a Dark Time: Why the Struggle to Stop Climate Change Failed–and What It Means For Our Future, Ethics and the Environment: An Introduction, and Morality’s Progress: Essays on Humans, Other Animals, and the Rest of Nature.  He is also the editor or co-editor of nine books, most recently Reflecting on Nature: Readings in Environmental Philosophy, 2nd Edition with Lori Gruen and Chris Schlottmann, and has published more than one hundred articles and book chapters. 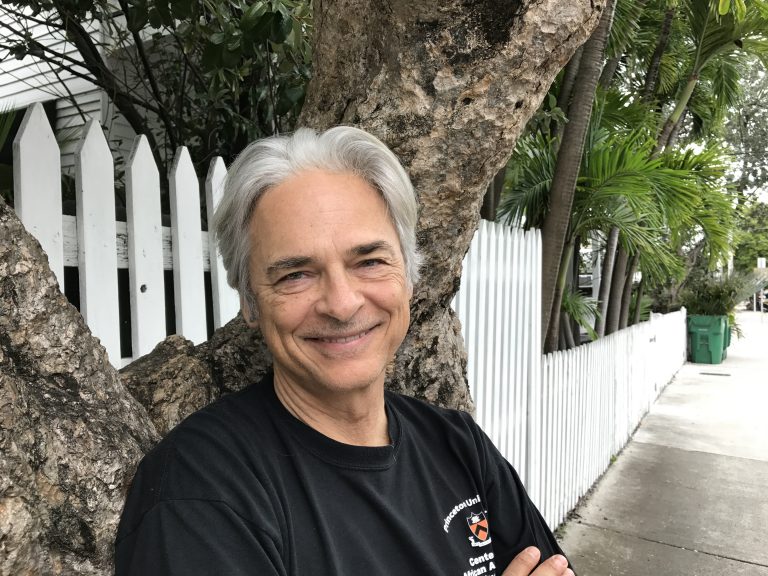